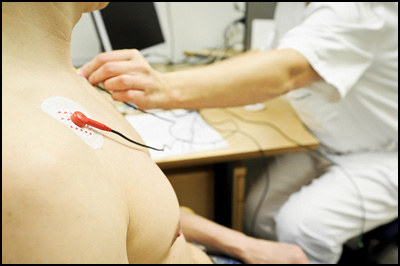 Is a high body fat number a peak into a higher risk of death, more so than a high body mass index? A recent study looked at this question to get a better understanding of what role, if any, body fat plays in a higher death rate. Because some people equate being “skinny” with automatically being healthy, this study looked to shed some light on this assumption.

Researchers in the study looked at the connection between body mass index (“BMI”) and death rates over a considerable amount of time. The numbers broke down to nearly 50,000 women and 5,000 men aged 40 and over in Canada.

How the researchers differed their analysis from previous studies was to not focus on BMI as a proxy for fat. In addition, they chose subjects who had already gone through an X-ray to see if they had decreased bone density and possibly the medical condition osteoporosis.

The results of the study were interesting because the skinniest women, women who had a BMI of around 22.5 (women who were normal weight and underweight) had a 44% higher risk of dying when checked on a 7 year follow-up. In contrast, women who had higher total body fat, at a rate of 38.7% had a 19% higher death rate on the follow-up.

As for the men, the skinniest of the men based on a 23.8 BMI had a 45% higher death rate during the follow-up time frame, as compared to men with more than 36% body fat having a 59% higher risk of dying.

As for the cause of death, the study did not look to what caused the individuals’ deaths. What it did conclude was that a BMI on the overweight side and middle of the index gave an individual a better survival rate.

To read the rest of the study and the article in support of this post click HERE.