Mommies Eating A Lot Of Fish Will Create Fat Babies? 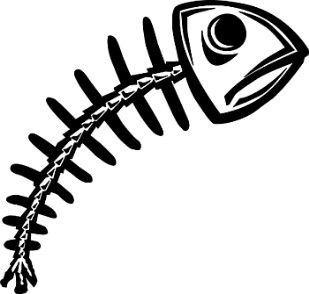 The Journal of the American Medical Association Pediatrics published an article containing an extensive long-term study spanning 11 counties worldwide. The study examined the consumption of fish and seafood by women during their pregnancy and whether mommies eating a lot of fish will create fat babies.

The study found that when pregnant women consumed on average 3-5 servings of seafood per week, their babies experienced rapid growth during the first 2 years of their lives.

The reason is that fish often contains endocrine-disrupting compounds that aid in developing obesity. The endocrine system is certain glands of the body that work together to regulate growth and development and metabolism, among other functions.

The study was conducted from data collected from over 26,000 women worldwide. These women and children live in Belgium, France, Italy, Ireland, Norway, Spain, Portugal, Poland, the Netherlands, Greece and the United States. The study looked at women from “developed” nations with access to healthcare systems.

The study followed the pregnant women through gestation and monitored the children at ages 2, 4 and 6 years of age. In addition to the rapid growth of toddlers, it also found that there was a more profound effect on little girls than little boys.

The Omega-3 fatty acids found in fish are an important part of a healthy diet. However, the problem is the prolonged exposure to pollutants and chemicals that can be found in certain waters.

The study did not distinguish between the consumption of fish from controlled, unpolluted waters versus natural waters and manmade (stocked) waters. An argument can be made that fish found in unpolluted waters have a far less chance of exposure to harmful pollutants and chemicals and that this fish will not affect the weight of the child.

All hope is not lost for seafood lovers. Because fish contains healthy proteins and fats that the body needs, the U.S. Food and Drug Administration recommends that pregnant women should consume no more than 2-3 servings per week. That is about the equivalent of 8-12 ounces per week.

The supporting article for this post can be found HERE.